Virtual private networks are not only for the privacy-conscious. Transnational intellectual property laws and prudish institutions can restrict internet browsing. You don’t want that. You want to go full throttle down the internet super-highway. A good VPN client is the way to go.

Thrillhouse using the internet with a VPN.

Here are three people who should definitely be using a VPN. 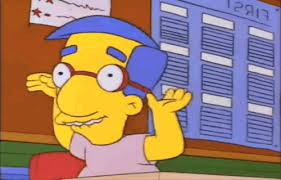 Milhouse using a VPN at his educational institute.

Milhouse explaining his VPN client to his boss.

Similar to the student, individual sites may be blocked by the bastard network boffins at your place of work. LiquidVPN does not condone consumption NSFW content at work. That’s not what we’re saying. At all. If you’re one of those lucky bastards who brings their own computer to work, though, then say hello to all the Facebook and Netflix you can watch in a highly concentrated browser window.

But that’s not all that VPNs are good for in the workplace. In the olden days, computers in an office would be connected via a leased line. Said line was leased by a telecoms company. The lines could stretch out to cover the office and beyond to create a wide-area network (WAN). But this gets expensive. ISPs entered the game with intranets, laid over existing infrastructure the cost is much less. Adding a VPN means businesses can extend intranet resources to anywhere there is an internet connection.

A brawl and a person tied to a chair. Pretty pirate Milhouse.

If you like Pina Coladas and watching things without paying then start using a VPN. The cost of a VPN (LiquidVPN starts at $7 per month) is peanuts compared to the kind of fines that piracy attracts. Torrenting is only safe when using a VPN. Just don’t use servers based in the USA.

Certain websites only offer their content to specific geographical areas. BBC iPlayer, ComedyCentral, YouTube, Netflix. All of these and more. With a good VPN service you can unlock these.

LiquidVPN has servers based in the EU, Asia, the US and beyond. Prices start from $7 per month and we’re pretty good at what we do. If you don’t believe us, and even if you do, check out what VPN Compare, VPNRanks, VPNPick, Secure Thoughts, VPNCritic have to say.